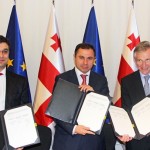 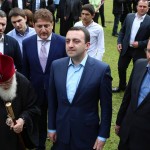 The “Road of the Century” Project was Launched in Barisakho

Today presentation of the “road of the century” construction project was held in Barisakho. Pirikita Khevsureti and Piraketa Khevsureti will get connected through a 25 km road section. The project is being implemented by the Ministry of Regional Development and Infrastructure of Georgia by means of the Municipal Development Fund of Georgia. In the near future design works for the mentioned road section will commence, which will be followed by road construction works. 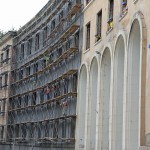 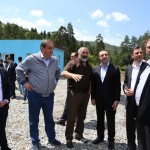 Oni population will be supplied with high quality potable water. The problem pending in course of years, which was disturbing Oni population, was settled as result of the project implemented by the Municipal Development Fund of Georgia. Today the Prime-Minister of Georgia Irakli Gharibashvili was visiting rehabilitation works for Oni water supply system. He got updated on rehabilitation works with assistance the Minister of Regional Development and Infrastructure of Georgia, Elguja Khokrishvili and Deputy Executive Director of the Municipal Development Fund of Georgia, Tornike Toradze. “Oni population suffered from the lack of filtered water, until now they were being supplied with muddy water, non-existence of such primary living conditions in the XXI century is a real shame for us, but in the first place it is the shame of the previous government, which has been neglecting the needs of population, and now we have to set aright their shortcomings. This is an additional clear proof of the fact that no attention was paid to actual accomplishments and everything was done superficially. The project will be completed within a one-month period and the population will be supplied with filtered, high quality potable water.”- stated the Prime-Minister during his visit to the Oni Head-works.
Read more 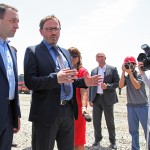 After construction of the new highway, a trip from Tbilisi to Rustavi will take 15 minutes. Today, the prime Minister of Georgia Irakli Gharibashvili was visiting the construction site. The Head of Government got updated on the project with assistance of the Minister of Regional Development and Infrastructure of Georgia, Mr. Elguja Khokrishvili and Deputy Executive Director of the Municipal Development Fund of Georgia, Mr. Tornike Toradze. The Prime Minister was accompanied by the Governor of Kvemo Kartli Giorgi Mghebrishvili and Majority Deputy from Rustavi, Zviad Dzidziguri.
Read more 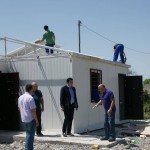 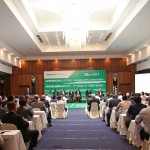 Today Deputy Executive Director of MDF Mr. Tornike Toradze along with Deputy Minister of Regional Development and Infrastructure Mr. George Amashukeli has attended “Heidelbergcement quality second conference. Main issue of the conference was to share innovations and contemporary experience existing in the sphere of infrastructure and energy.
Among participants were Vice President of Georgia, Minister of Economy and Sustainable Development Mr. George Kvirikashvili, representatives of leader construction companies, Hiedelbergcement concrete and cement specialists and international experts and quality control managers 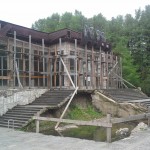 Municipal Development Fund of Georgia has announced tender for rehabilitation municipality building facade and interior, which is situated in the central part of the town and as well as for rehabilitation of the theatre. The project is implemented through the financial assistance from the World Bank. The purpose of the project is development regional and tourism infrastructure. The estimated cost of proposed works is 1,335,624,64 GEL.
Read more 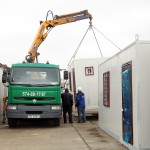 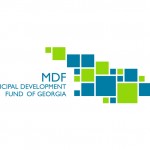 Municipal Development Fund of Georgia has announced tender on town Zestapony water supply rehabilitation works. More than 5000 citizens will be provided with improved water supply system and water quality after project implementation. Cost for construction works is 3,983,171 GEL. Government of Georgia has received loan from European Investment Bank for funding second phase of water infrastructure modernization project. Rehabilitation of Zestaponi water supply system will be implemented precisely within the scope of mentioned loan, which is highly important for Zestaponi citizens
Read more