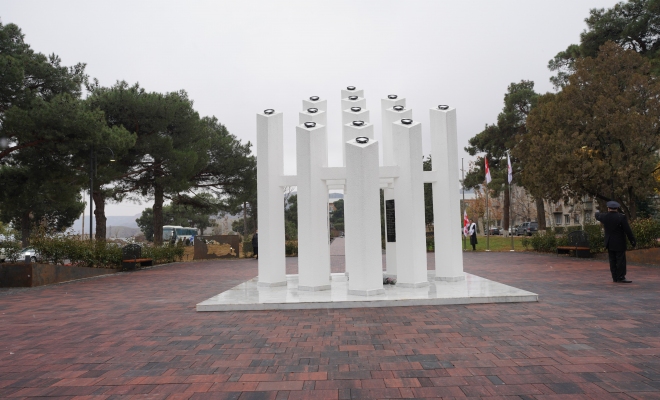 The Municipal Development Fund performed works for full rehabilitation of the named space, which was known to Rustavi population as Didebis Alley. The upgraded recreational space begins with the May 26th monument. Works for rehabilitation of the square existing across the   memorial of Glory   and of the square adjoining the memorial of Glory are completed.

In Rustavi, the MDF is implementing numerous projects under the program. Rehabilitation of 12 buildings is completed and of 10 buildings - ongoing.  The works provided for replacement of building facades, windows, and panoramic windows, lighting system was arranged along with landscaping.  Second stage involves continuation of the above-mentioned works.  As for arrangement of bicycle and pedestrian paths, part of construction works is completed and the remaining part is to be completed in the beginning of  2023.

Besides, the Municipal Development Fund extended GEL 6 509257  to Rustavi Municipality in the form of a grant, which is being applied for the following:  rehabilitation of city entrance and Queen Tamar square, Zhiuli Shartava square, Shota Rustaveli square and the square existing on Lado Meskhishvili street.

The 4-year „Upgraded Regions Program“ covers 63 municipalities of Georgia and the tentative estimated cost of the first stage works equals GEL 500 million. The Program provides for urban upgrade of regions, which involves development of major facilities existing in the public, municipal and private ownership.