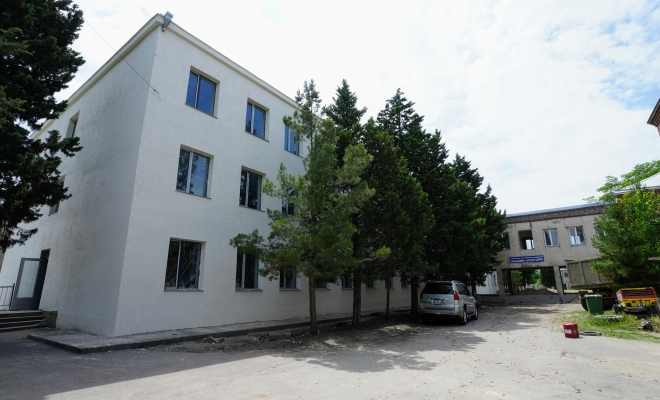 Under the School Construction and Rehabilitation Project, the Municipal Development Fund of the Ministry of Regional Development and Infrastructure of Georgia is implementing works for rehabilitation of the public school designed for 800 pupils in Gardabani Municipality Village Gamarjveba.

The Government of Georgia is funding the project with GEL 4.1 million.

According to the project, there will be classrooms, toilets, sports grounds, and yard area arranged for the school; heating, water supply and wastewatyer systems are to be installed as well.  The school will be fully adapted to the needs of disabled persons.

,,the Municipal Development Fund of Georgia is implementing the Government of Georgia funded project for rehabilitation of the public school in Village Gamarjveba. Unfortunately, the Contractor Company is unable to properly fulfill its obligations assumed under the Contract. The Company has a considerable lag behind the work schedule and we had to instruct them several times,“-stated Giorgi Tsibadze, First Executive Director of the Municipal Development Fund of Georgia during inspection of the work implementation process together with the representatives of local authorities and school administration.

According to Giorgi Tsibadze, the Contractor Company was given the consclusive notice and if they fail to properly fulfill their obligations under the contract in the near future, the MDF will turn to sanctions provided for under the same contract.