Rehabilitation of 22 Buildings, Square and Fountain Ongoing in Sagarejo under the “Renovated Regions” Program 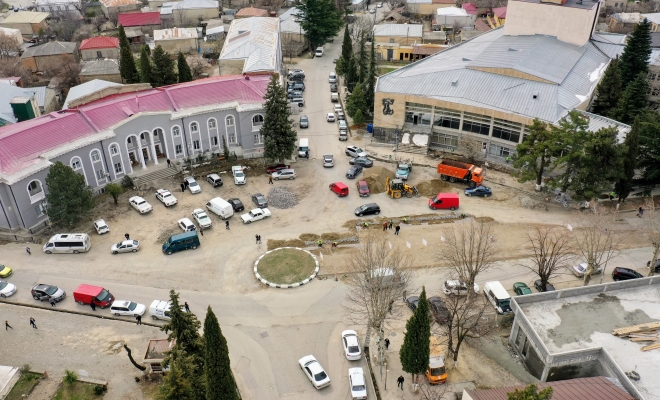 Infrastructural projects are actively ongoing in all of eight municipalities of Kakheti Region under the new, “Renovated Regions” Program initiated by the Prime-Minister of Georgia.

Projects funded under Kakheti Program inter alia include: rehabilitation of Davit Aghmashenebeli, Central and Station Streets in Sagarejo. Overall, 22 buildings, a square and a fountain will be subjected  to rehabilitation in Sagarejo.

Giorgi Tsibadze, First Deputy Executive Director of the Municipal Development Fund of Georgia was visiting the ongoing project site together with representatives of local authorities.

Projects under the Program were approved by the special committee operating with involvement of representatives of the municipality, while the contractor building companies were selected through electronic biddings announced by the Municipal Development Fund of Georgia. The special committee was composed of local authorities, representatives of central government as well as spatial planning specialists.

Majority of projects funded under the first stage Program are to be completed in summer of current year, while there are already second stage works commencing in certain municipalities.