Ongoing and Planned Public School Projects Discussed at the Meeting 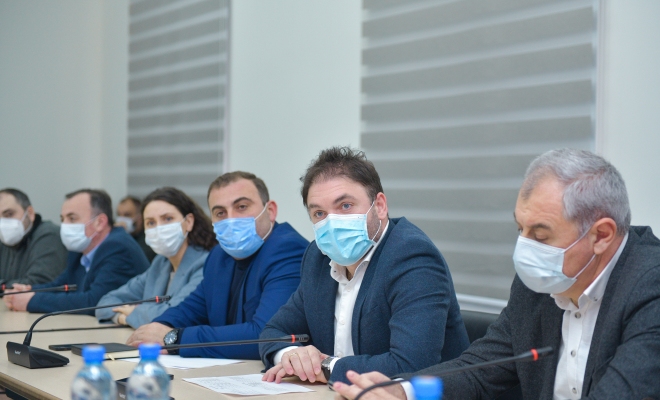 The meeting was dedicated to discussion of infrastructural projects ongoing and planned in Rustavi public schools and setting future priorities.

At the working meeting, the parties agreed that public schools in emergency state requiring urgent rehabilitation will undergo repair works on a first priority basis.

Currently, rehabilitation works are ongoing in Rustavi public schools N25 and N 26.  More than 2200 pupils will have an opportunity to attend schools rehabilitated in accordance with international standards.

Rehabilitation of additional 4 schools is planned as well.

Before completion of rehabilitation works, pupils were attending classes in poor conditions. Following project completion, they will benefit from orderly infrastructure and improved environment.

Under the Educational Infrastructure Construction and Rehabilitation Program, the Municipal Development Fund of the Ministry of Regional Development and Infrastructure of Georgia has completed construction and rehabilitation works for 67 schools throughout the country.  The Educational Program is funded by Government of Georgia and Donors   (CEB and NEFCO). Overall Program cost is exceeding GEL 300 million.