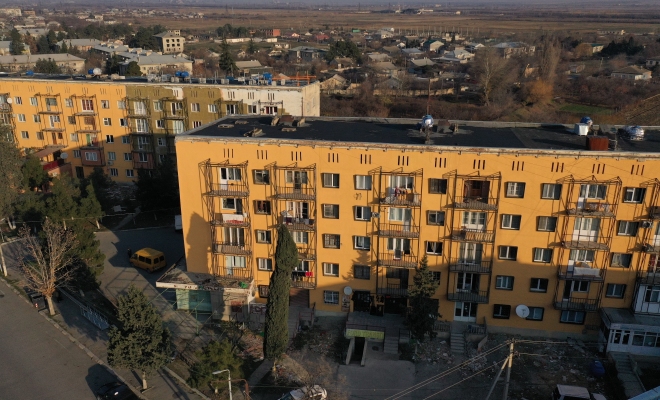 Infrastructural projects under implementation are in active phase in all of the seven municipalities of Kvemo Kartli Region under the “Renovated Regions” Program.

Projects under implementation in Kvemo Kartli inter alia include rehabilitation of Davit Aghmashenebeli street in Gardabani.

Works initiated in Gardabani municipality in summer of 2021 currently are in active phase.

The projects were approved by the special committee operating with involvement of representatives of the municipality, while the contractor building companies were selected through electronic biddings announced by the Municipal Development Fund of Georgia. The special committee was composed of local authorities, representatives of central government as well as spatial planning specialists.