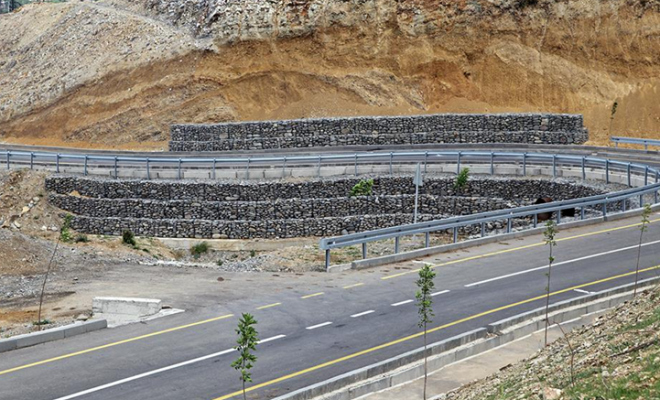 Inauguration of rehabilitated roads of Sagholasheni-Dvani and Gorijvari was held on July 2 in Kareli and Gori Municipalities under Municipal Infrastructure and IDP Housing Rehabilitation Project.

Besides population of 5 villages of Kareli Municipality, 2, 500 IDPs will benefit from the success of the road project.

Concerning Gorijvari road rehabilitation, the mentioned road connects to the main highway and passes by the square located near Gorijvari Monastery. Before commencement of rehabilitation works, access road to the monastery was in a terrible shape. It was originally constructed 50 years ago.
MDF contracted design/build services with USAID oversight in accordance with Georgian and US standards and works were fully completed within nine months.

More than 13,000 IDPs will directly benefit from the success of the above-mentioned road project.  Rehabilitation works for local significance Gorijvari and Sagholasheni-Dvani motorway has been carried out by “Black Sea Group”. 150 persons were employed on-site under the project, including 40 locals.

In conflict zone besides Sagholasheni, Dvani and Gorijvari roads, with financing of USAID have been implemented 5 road projects in total.

It’s worth mentioning that due to rehabilitation works of Sagholasheni-Dvani roads, nineteen archeological findings of 2,500 years old were discovered, in particular, evidence of a burial ground or necropolis of Mtkvar-Araksi culture dating back to the Bronze Age (700 – 400 BC). Artifacts found included clay pottery, bronze and metal weapon, glass jewelry and golden and bronze fragments. Discovered cultural findings were studied and ultimately transported to the Tbilisi State University museum.

New Tenders
September 23, 2020
Request for Expression of Interest – Supervision of the Construction of the urban and tourism infrastructure across three urban area clusters - Kakheti region with Telavi and Gurjaani, Samegrelo-Zemo Svaneti region with Zugdidi and Mestia as the regional hubs
Read more
September 22, 2020
Request for Expression of Interest – National Procurement Specialist
Read more
Other Tenders / Archive