Giorgi Shengelia along with WB representatives visiting projects in Tskaltubo 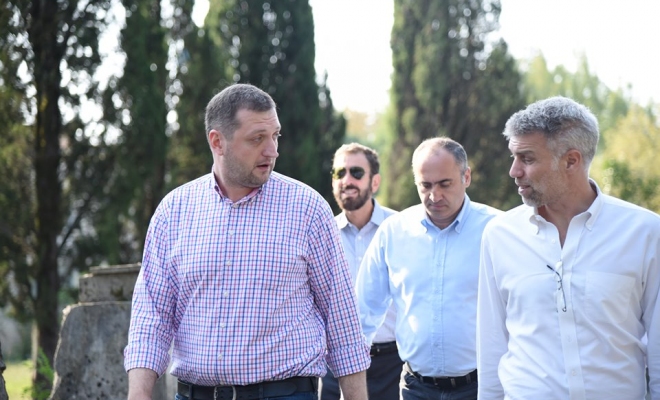 MDF has already finalized landscaping/improving of Tskaltubo Central Park and Tsivi Lake and irrigation system installing. Tskaltubo WWTP undergoes construction and the fountain of the central park is being rehabilitated  by MDF as of to date. The referenced projects are to be finalized at the end of the current year.

Implementation of that projects will back further development of tourist potential of the country, and increase the number of employees and visitors.