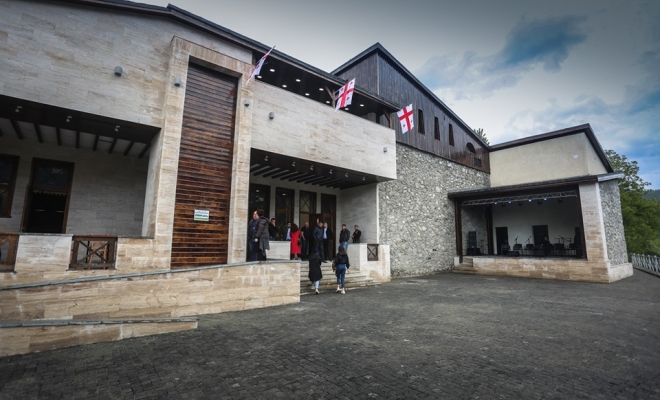 The project implementation was executed by MDF of MRDI with the financial support from the World Bank (WB) and its costs amounted to approximately GEL 4.7 million. As per the project the building was rehabilitated completely, there was arranged the summer amphitheater and open parking, vicinity site to the building was also accomplished.

“This is the Culture Center that will be as the renovated house for Svaneti, Mestia residents, but first of all it will house the 90-year experienced Ensemble “Riho”. This is the ensemble of great future and the renovated space will enable the numerous members of it to consider the new plans, possibilities of expansion and development. The Folklore Center will be the cherished place not only for Mestia residents, but for its guests as well”, Vice Premier, Minister of Regional Development and Infrastructure of Georgia Maya Tskitishvili declared.

Due to lack of Folklore Center in borough Mestia the local ensembles and the population interested in folklore, were not able to work and be developed under appropriate conditions. The new building will enable the local ensembles to hold the rehearsals, concerts and various types of events at the Concert Hall equipped with modern technique.