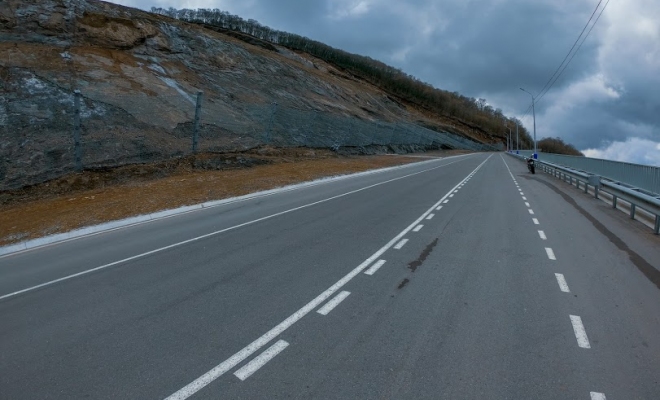 In spite of the Statement issued by the Municipal Development Fund (MDF), information was disseminated yesterday once again as though Tskneti-Betania connecting new road required repairing after several months, however the referenced information is  not the truth and movement on this road is absolutely safe.

Rehabilitation of about 4 km section of Tskneti-Samadlo and Tskneti-Akhaltaba road was completed by MDF last year, in summer.  In the road rehabilitation project there were involved the foreign experts from Germany, Turkey, Austria and Russia. Safety regulations were considered in the course of construction at most because of difficulty of the road.

It was for the first time in Georgia that the European method was introduced which envisages installation of special meshes to stop rock falling by inertia. There were installed also the early warning systems, delivering signal to the roadway gates of entrance and exit upon movement of even insignificant rock, providing at that automatic locking of the road.

In the course of construction the hazardous zones were drilled and rocks were reinforced by means of anchors. The reliability factor of landslide slope was also defined which is designated for seismic impacts of 8 magnitude and hydrological pressures.