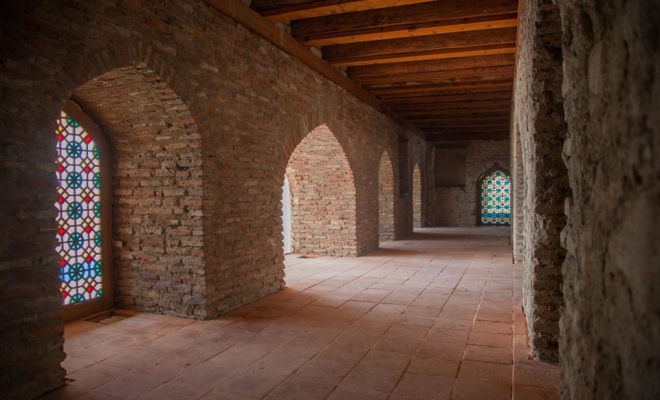 The aim of the project is maintenance of original image of the monument and assistance to tourism development in Kakheti Region. With the efforts of the Municipal Development Fund restoration of Batoni Palace was conducted in full compliance with authenticity keeping. The referenced project was prepared in coordination with the Cultural Heritage Agency.

There were installed the columns of the balconies on the territory of the Palace, plastering works by applying of lime were conducted as well. The corridors and floors of the Hall were faced with brick and Georgian stone. Stained glass windows were installed and street lighting was arranged. The cost for rehabilitation of the Palace amounted to GEL 1 871 893. The Museum of Batoni Palace in the yard of the Palace also undergoes rehabilitation. It should be noted that an Exhibition Hall was added to the Museum Building. The walls are already arranged and roofing works are under progress. Rehabilitation works for the Museum Building are scheduled to be finalized in spring 2017. The project Cost amounts to GEL