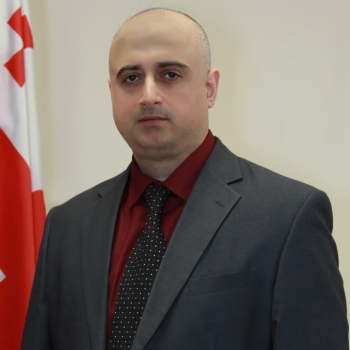 For 2000-2003 he had been an Audit Assistant at Tbilisi Audit Bureau. In 2003-2008 he was holding the position of a Senior Auditor at “Deloitte & Touche” Ltd. In 2008-2015 he was working in the capacity of a Principal Banker at the European Bank for Reconstruction and Development (EBRD) and in 2016-2018 he was the Supervisory Board Deputy Chairman for MFO “Smart Invest” Ltd. In 2018-2019 he had been working as the Head of Financial Management and Investment Unit at the Municipal Development Fund of Georgia.

In 1998 graduated from Iv. Javakhishvili Tbilisi State University with a specialization in International Economic Relations.